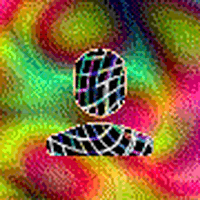 freetrader has worked professionally in the development and maintenance of software systems both small and large, including safety critical distributed systems. With experience spanning nearly three decades and companies ranging from startups to medium and large enterprises, he has knowledge of the full software project life cycle and held roles in technical support, system administration, software engineering, project and quality management.

Freetrader shares a vision of Bitcoin as censorship-resistant, truly decentralized peer-to-peer electronic cash for the world. His investments in Bitcoin and observations of the scaling debates of 2013-2016 motivated his efforts to acquaint himself with the software. In 2016 he worked on the BTCfork project which created minimum viable hard-fork clients based on Bitcoin Core and Bitcoin Unlimited. In 2017 he co-developed Bitcoin Cash, working primarily as an ABC developer but collaborating with several client projects (BU, Classic, XT) to establish the common specification for Bitcoin Cash. Since late 2017 he focused his effort on promotion of Bitcoin Cash.

He leads the BCHN project to avoid a damaging split of the BCH currency and continue the scaling roadmap. Long term he hopes that it can help to fill a market need for a high-quality, reliable open source node project that is welcoming to all, operates sustainably and with good governance according to transparent, accountable processes.